Were There Ever Any Strange Olympic Sports?

Luis Prada answered
The Olympics started in Olympia, Greece in 8th century B.C., and ran until 5th century A.D. After years of being ignored, a man named Pierre de Coubertin decided to honor the original Greek games by putting on what is now considered the first Olympiad in 1896.

The games played during this first Olympiad were fairly common, and, really, not strange at all. Games like cycling, weight lifting, and gymnastics were the norm (1896 gymnasts were all male, and all sported an glorious Victorian era mustache). Over the years, more, slightly off kilter events were added, then quickly eliminated. Probably because all the athletes competing in them complained of health problems such as “feeling like a total idiot.” 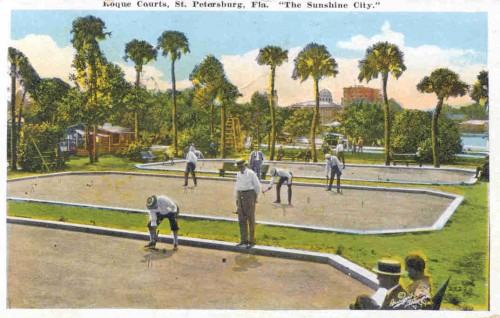 This American version of Croquet was an event at only one Olympiad, the 1904 St. Louis games. The game was simply a modified version of the classic game Croquet, the one where you hit billiard balls through little hoops with mallets. The only real difference was that Roque was played on a smooth surface, as opposed to Croquet which is played on grass.

Also, just like Croquet, Roque is dreadfully boring and completely uninteresting. Need proof? In the one year of the games’ Olympic existence, the Americans swept all three medals. Before you begin to fire off some guns and Barbecue an American flag or whatever to celebrate some good’ol fashioned American dominance, keep this in mind: The Americans were the only ones competing. No other country cared about the game in the slightest.

Platform, springboard, and the high dive are all diving events you can watch every 4 years, and are quite common throughout the world. For as popular as they are now, they weren’t even the first Olympic diving event.  This distinguishable honor also goes to another game that was eliminated after a single year (which also just so happens to be 1904). This event was distance plunging, also known as distance diving.

We hesitate to call it a “sport,” as distance plunging is more along the lines of a pool game children would play if they didn’t have access to foamy noodles to beat each other to a pulp with. The game went as follows: The diver would jump straight down in to the water and plunge themselves as far down as they could go. Once in the water, the diver could not
propel themselves any further than their initial leap had taken them. Then, and in a show of absolutely no athletic ability whatsoever, they had to remain motionless and naturally float to the surface. Whoever took the longest to float to the top got a medal for it.

If one were to create sporting events based solely upon the ideas presented in distance plunging we would be handing out gold medals to people for Longest Step Taken During A Leisurely Stroll, or, Most Efficient Usage Of Strength While helping A Friend Move Boxes In To A you-Haul Truck. 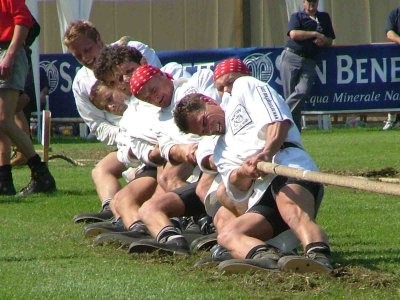 Nowadays, the tug of war is regulated to a beach event you see on TV shows and movies that have sexy ladies in bikinis getting yanked around and, inevitably, tossed in to a pit of muddy water. But this idea of the game couldn’t be further from how it started. Tug of War was actually one of the very first Olympic Games played at the first Olympics back in 8th century B.C.

The game (as if I really need to explain it) pits two teams of 8 burly men against one another as they attempt to pull the other team 6 feet over a center line. The game was played from 1900 to 1920 with the United States and Great Britain winning a majority of the events.

Most people tend to think Tug of War is a generally harmless game. Nope. Not at all. Believe it or not, there are some cases of people actually losing their hands, and in one case, actually dying mid-tug. 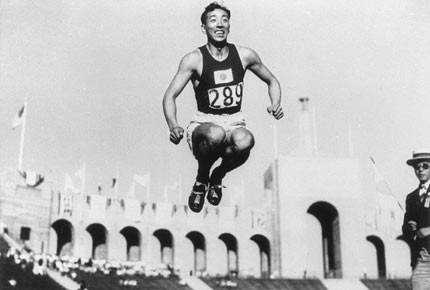 The standing high jump is the logical antithesis of the long jump. One tests your ability to jump further than the other guy, the other tests how much more upper you can go. They seem to go hand-in-hand, yet, not at all. Perhaps we are just so used to the idea of people jumping far that the idea of jumping high without having an obstacle to leap over just seems a little…off. The image of hyperactive kids with Kool-Aid stained lips hopping on beds is perhaps too strong an image to take the idea of sport where you jump straight up seriously.

The event ran from 1900 to 1912 and actually spawned one of the great Olympic stories of all time. Ray Ewry was the standing high jump winner for 1900 (in which he set a world record), 1904, 1906, and 1908. What makes this even more spectacular is the fact that as a child, Ewry was partially paralyzed by polio and was regulated to spending most of his younger
years in a wheelchair. 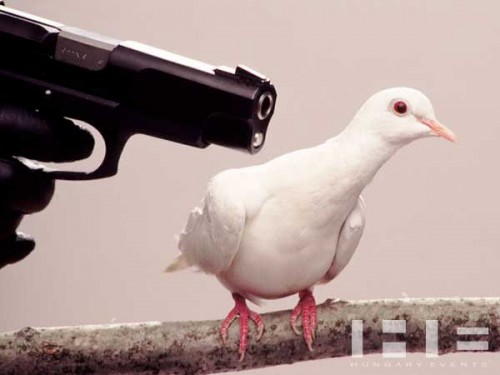 Anyone that gets angry over the mere idea of hunting as a “killing for sport” kind of thing would have had their heads exploded by the live pigeon shooting competition that was a part of the 1900 Olympic games.

The rules of pigeon shooting were pretty simple: A flock of pigeons would be released in front of the participant. This participant was armed with a hunting rifle. His job was to shoot as many of the wing-ed rats out of the sky as he possibly could. Once 2 shots missed the mark, the participant was eliminated. Other than that, the event continued until the lucky ones escaped.

The game was only around for one year due to the horrible mess it caused. Feathers, blood, dead pigeons and injured pigeons littered the playing field. Just over 300 pigeons were killed in just a few days. 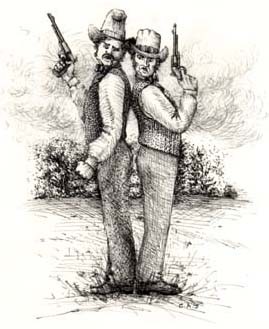 Upon first hearing about dueling as an Olympic sport one may wonder why they have never heard about scores of brutal shooting-related death during an Olympic event. But when you find out about the reality of the situation, dueling pistols goes from ghastly and insane to just plain silly.

The shooter stood 30 meters away from a dummy that wore a frock coat that had a bulls-eye painted on its chest. Whoever came the closest to the center of the bulls-eye was awarded points. In other words, it was a duel where you don't duel because to duel means having to actually duel with another person, thereby creating the completion. There is no glory in trying to quick draw a dummy.

Oddly, the event was held twice, yet it was never fully recognized as an official event by the IOC. In fact, the event took place at the 1906 Intercalated Games in Athens, Greece. The Intercalated Games were kind of, sort of the Olympics, but at the same time weren’t at all. It was weird and awkward for everyone.